2 days of speeches and reflections

This year we have invited to the ICF Italia National Conference speakers who are experts in coaching, entrepreneurs and academics who will spread a message of harmony and beauty, able to show us concretely how to keep faith with the task that awaits every one of us: that of contributing to the creation of a more beautiful world, where ethics and excellence are understood as universal, shared values, on the basis of respect for human relationships and individual differences.

Deputy Rector of technological transfer and relations with companies, Professor of Electronics – University of Padua

Piero Ferrucci obtained a degree in philosophy at the University of Turin and undertook didactic training with Roberto Assagioli at the Istituto di Psicosintesi of Florence. He is a therapeutic psychologist registered in the Order of Psychologists of Tuscany, a coach at the Institute of Psychosynthesis and a teacher at the Società Italiana di Psicosintesi Terapeutica. He has written several books, including Crescere and La nuova volontà (Astrolabio), La forza della gentilezza (with a preface by His Holiness the Dalai Lama) and La bellezza e l'anima (Mondadori). He lives and works in Florence.

Expert in Systemic Coaching and tutor of Leadership at the Business School of the University of Reading, UK

Professor of Leadership at the Henley Business School (UK), Chairman of Renewal Associates (UK) and co-founder of the Global Team Coaching Institute, Peter Hawkins has been for over 40 years an internationally famed coach, a researcher and consultant in leadership, organizational strategy, change management and team development. He is Chairman of the Association of Professional Executive Coaching and Supervision and of the Academy of Executive Coaching, he has spoken at many international conferences and has held training and mentoring programmes in more than 50 countries. He is the author of numerous best-selling books, of which the most famous include Leadership Team Coaching and Leadership Team Coaching in Practice.

Enrico Loccioni was born in 1949 into a family of agricultural operators and, following the example of Aristide Merloni, aspired to become an entrepreneur. He began in 1968 as an electrician and, together with his wife Graziella, set up an enterprise based on the values of people, territory, family and innovation. Today he heads a group that develops measurement systems for quality control and sustainability, acclaimed by customers and world leaders in their markets, ranging from automobiles to domestic electrical appliances, aerospace, energy, medicine and agriculture. With installations in over 40 countries of the world and representative offices in America, Germany and Asia, Loccioni is dedicated to seeking work in the world and bringing it to the territory, developing new opportunities for work and knowledge. Among the many awards he has won are the Ernst&Young “Employer of the Year” Prize, the Premio Imprese per l’Innovazione, the European Business Award, the Premio Imprenditore Olivettiano and the Premio Nazionale per l’Innovazione. In 2004 the University of Camerino conferred on him a degree honoris causa in “Innovation Technologies’ and in 2015 the President of the Republic bestowed on him the title of Cavaliere del Lavoro.

Artistic and musical director of Nova Symphonia Patavina, a group with more than 100 under 35 musicians from all over the Veneto region.

Born in 1984, he began his musical studies at the age of six and graduated in piano at the "C. Pollini" Conservatory of Padua; he then graduated in orchestral conducting and at the same time obtained a master's degree in Electronic Engineering - Microelectronics specialization - at the University of Padua. Professor of IT, marketing and management and business organization in high school, he has always combined art and science in his projects. In 2011 he founded Nova Symphonia Patavina (of which he is currently artistic and musical director), a group with more than 100 under 35 musicians from all over the Veneto region and organized into a Symphony Orchestra, a Wind Orchestra and a Choir (www.novasymphoniapatavina.it) with which he works in Italy and abroad.

Past President of the ICF Global Board. He is an MCC executive coach, speaker, and author who has served CEOs, C-Suite executives and leadership teams across five continents.

JEAN-FRANÇOIS COUSIN is a global executive coach, speaker and author, and a former senior leader who has served CEOs, C-Suite executives, and leadership teams in five continents. He believes that each person and each team have greatness potential and makes it his mission to support both individuals and teams to catalyze it.

The institutional bodies who have granted their official patronage 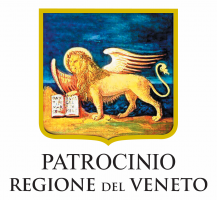